Today, May 19, 2013,  my daughter, Lara, is going to graduate from Marquette University! I am so proud of her and all of her accomplishments and growth during these past four years! How do I express all the feelings of joy that are in my heart this day for her!  Lara accepted her gifts and talents and used them to create a dream come true.

First of all, let me write this disclaimer, Lara will be annoyed with me for writing this page and singing her praises. But I, as her mother, know this child! I have seen her grow through this last 22 years…I have seen her happy smiles and shy demeanor blossom into this beautiful, out-going yet reserved, compassionate young woman. I am so proud of her and her accomplishments ever since her Light Being came into this world!  So, she will just have to bear this mother pride for today. Today at the Baccalaureate Mass for the Graduates, my tears did begin to flow… how beautiful my daughter, Lara, has always been to me, continues to be, and her gift to the world.   I hope she grants me this indulgence — I want to share some GOOD NEWS for this world…and the possibility of promise and that someone, Lara, made this possibility into a reality!

We live in the countryside, in a rural setting, an hour from the city of Milwaukee — a city where so much activity occurs daily as the breeze from Lake Michigan flows into the city. An hour may not seem like a great distance to some, but I remember when the day came to drive Lara into Milwaukee to visit Marquette University for the first time. We had reached as far as the Milwaukee Brewers Baseball Stadium, and Lara remarked: “Mom, this is further from home than I realized!”  This was after forty-five minutes of driving that took us into the heart of the downtown. I could sense that for her, this was a “great distance” and felt her bit of angst that she was embarking on a great journey– leaving home for the first time.

I graduated from Marquette University in 1974…now it is 2013…and my daughter followed in my footsteps. Unbelievable to me! I did not encourage her in the least to go to this college…it had to be her own choice.  When she told me her plan after completing her high school diploma, I was amazed and so happy with her decision. Now, four years later, she has completed another part of her journey in life. She was blessed with scholarships and she also was accepted into the work/study program. Lara held a job in the Student Union for four years, eventually becoming one of the Student Managers. Yesterday, she received recognition for this service at a banquet in which the Manager of her particular work, said this about her: “Lara was a strong force in our program. She was a silent leader–she was unassuming and dependable and a leader who was respected by the other students. I appreciate this immensely from her!”   So proud I am of her!

While a student, Lara not only studied diligently, worked to support her education, but also volunteered her time when she was not studying or working! Lara was always involved in some outside activity.  Her freshman year she belonged to the Step-up   [http://stepupmu.webs.com/] –the Marquette Chapter, established in 2009 on campus,  is described as a “group of students passionate about seeing change in the world.” The program specifically focused on educating students about the 1994 Rwandan genocide. This organization increases awareness among the students that the family of humans  does not know land or ocean boundaries.  The Step-up Organization raises cultural awareness of what is being done in Rwanda today and how the students can help to eradicate genocide in the thinking of society and specifically help rebuild the Rwandan women, by educating the student and staff population, and raises funds to support the healing of Rwandan women who were the victims of sexual-based violence.

Lara’s freshman year was her initiation into this program as a full time member and participant, by sophomore year, she was Secretary of the Organization and in her Junior Year she served as President of the organization on campus.  I find her dedication to this cause of reaching beyond the borders of our country, across the ocean, as an extension of her willingness to go beyond her own comfort zone and to be a positive difference in this world.  In ten days, Lara is going to take this humanitarian drive of hers even further, when she leaves as a Peace Corps volunteer for Togo, West Africa for the next two years. [You can imagine the tugs that are happening on my mother heart strings!].  I am so proud of her desire to be of service to others!

Lara’s first summer after freshman year, was an invitation to be a Program Assistant for the Freshman Frontier Program at Marquette University. During this time she designed and  implemented academic and social programs for incoming freshmen. She also served as Resident Assistant in the residence hall for the same program.

In addition to this, during her sophomore year, Lara volunteered as a tutor at the Adult Learning Center in Milwaukee. In her junior year, she  volunteered two years, two nights a week, as a tutor at the International Learning Center. In this atmosphere her love of other people and other cultures grew.  What this says to me about Lara is that she could have used her time for herself, but unselfishly she gave her free time to others and increased her own awareness of the needs of others and her sense of sharing her own gifts to help our world.

In Lara’s sophomore year, she spent her Christmas vacation working in New Orleans with Habitat for Humanity.  Throughout her four years, Lara went beyond herself and stretched her understanding and sense of duty by involving herself in activities that would help others.

Lara also has a sense of civic pride, and was an active participant and intern in several political organizations during her four years. She served a semester an an intern for the then Senator Herbert Kohl of Wisconsin. She worked on the Walker Recall Campaign, helped with President Obama’s campaign as a member of the Marquette University chapter of Democratic Students and was an active participant for Sen. Tammy Baldwin’s campaign for U. S. Senator.  This past school year, Lara was elected as Vice-President of Marquette Democrats and then was chosen to be  the Student President of  M.U.’s Young Democrats on campus.

Through all of her involvement, Lara kept her focus on her studies and has respected the gift in herself. Lara studied hard and gave herself fully to her four years as a student at this university. She rightfully deserves to be proud of herself and her accomplishments. We are all proud of her and how she has become her own person and continues to be a gift to the world, as she in turn, graciously receives all that life has to offer.

Yesterday at the graduation, she received the 2013 Frank Mazzulla Memorial Award that is given to the outstanding senior who represents Marquette’s values of excellence, leadership, service and faith.   I think this is one of the most blessed awards to receive. Lara certainly gave her all to her studies and to volunteer requests as a student during her four years.

Congratulations to Lara and all of her accomplishments! She knows that I love her with all of my heart!  I thank the God of Love for bringing her into my life and into our family. We are blessed with a Light Being…and I ask the God of Love to continue to guide her gently through her life and bless her with love of self and of others to keep her strong in our world.  When she was in first grade she said to me, “Snowmen may melt, but never your heart.”  Her heart is strong and the only melting that is taking place is her love melting over the world and in my heart!

11 thoughts on “To my Daughter, Lara, upon her Graduation from Marquette University”

This site uses Akismet to reduce spam. Learn how your comment data is processed. 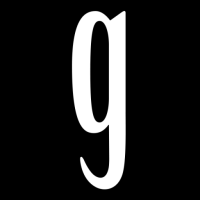